The Pietà de’ Turchini Centre for Early Music was established as a non-profit association in 1997 to give coherent form to the project of artistic enhancement and interdisciplinary research, dedicated to the Neapolitan musical and theatrical heritage of the 16th-18th centuries and its reflections in the contemporary European music production. Immediately, the cultural project that the Pietà de’ Turchini promotes, collects important awards: the highly coveted Franco Abbiati award for the enterprising and irreplaceable contribution to the executive and editorial rediscovery of the Neapolitan Baroque;

the Efesto – Mediterraneo Award from the Historical Family Businesses Association from Campania “I Centenari”, for its contribution to the cultural development of the area, and to the prestige of the Campania region in Italy and around the world; to which are added the prestigious awards and feedback to the many musical projects and recordings and DVDs, promoted and supported over the years. Since 2010, the Association has been transformed into a private law Foundation, increasingly proposing itself as a hub of aggregation, of productive exchange between musicians, ensembles, scholars, researchers in defence of a positive and cultured image of the city of Naples throughout the world

Chaired by Marco Rossi from 2003 to 2018, from 2019 it appointed Mariafederica Castaldo as president, who is also the artistic director. For musical and scientific programming, the Pietà de’ Turchini avails itself of the advice of two committees, one artistic and the other scientific. The former includes Mariafederica Castaldo, Stefano Demicheli, Paologiovanni Maione; the latter Paolo Fabbri, Lucio Tufano, Paologiovanni Maione, Francesco Cotticelli, Nicola De Blasi, Siro Ferrone.

Music production and dissemination, research, publishing and high specialization – paying particular attention to early music from the Renaissance to the eighteenth century – are the areas in which the Foundation commits its best energy and resources. Ideally, the Foundation recalls the tradition of the ancients.

Neapolitan conservatories, of which that of Santa Maria della Pietà de’ Turchini, was the most prestigious. Among the main purposes is that of enhancing the Neapolitan musical and theatrical heritage of the 15th-18th centuries, tracing its reflections in contemporary European musical production.

The Pietà de’ Turchini stands as a pole of aggregation, of productive exchange between musicians, ensembles, scholars, researchers in defense of a positive and cultured image of the city of Naples and the recovery of the prestige that distinguished it throughout the world

The musical seasons created by the Pietà de’ Turchini Centre for Early Music are the synthesis of the cultural engagements that inspire the various activities of the Foundation: research, production and enhancement of musical masterpieces yet to be discovered, training and promotion of young talents, respect for performance practice and experimentation with new artistic approaches. Executive quality and programmatic originality can be considered the distinctive features of the Foundation’s musical proposals, constant over time in consecrating the best energies to the “Neapolitan” repertoire, being able to draw on the revelations that emerged from capillary scientific research, by musicologists and researchers.

to the left
photo by Sergio Riccio 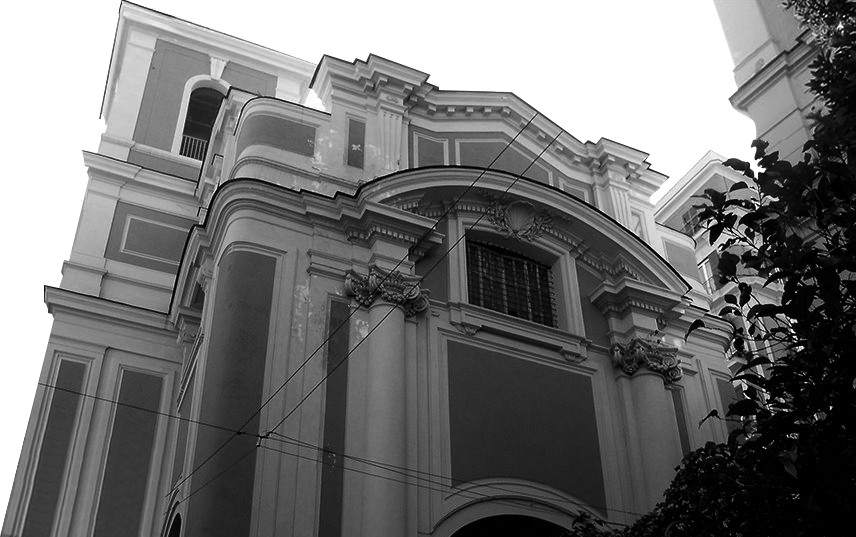